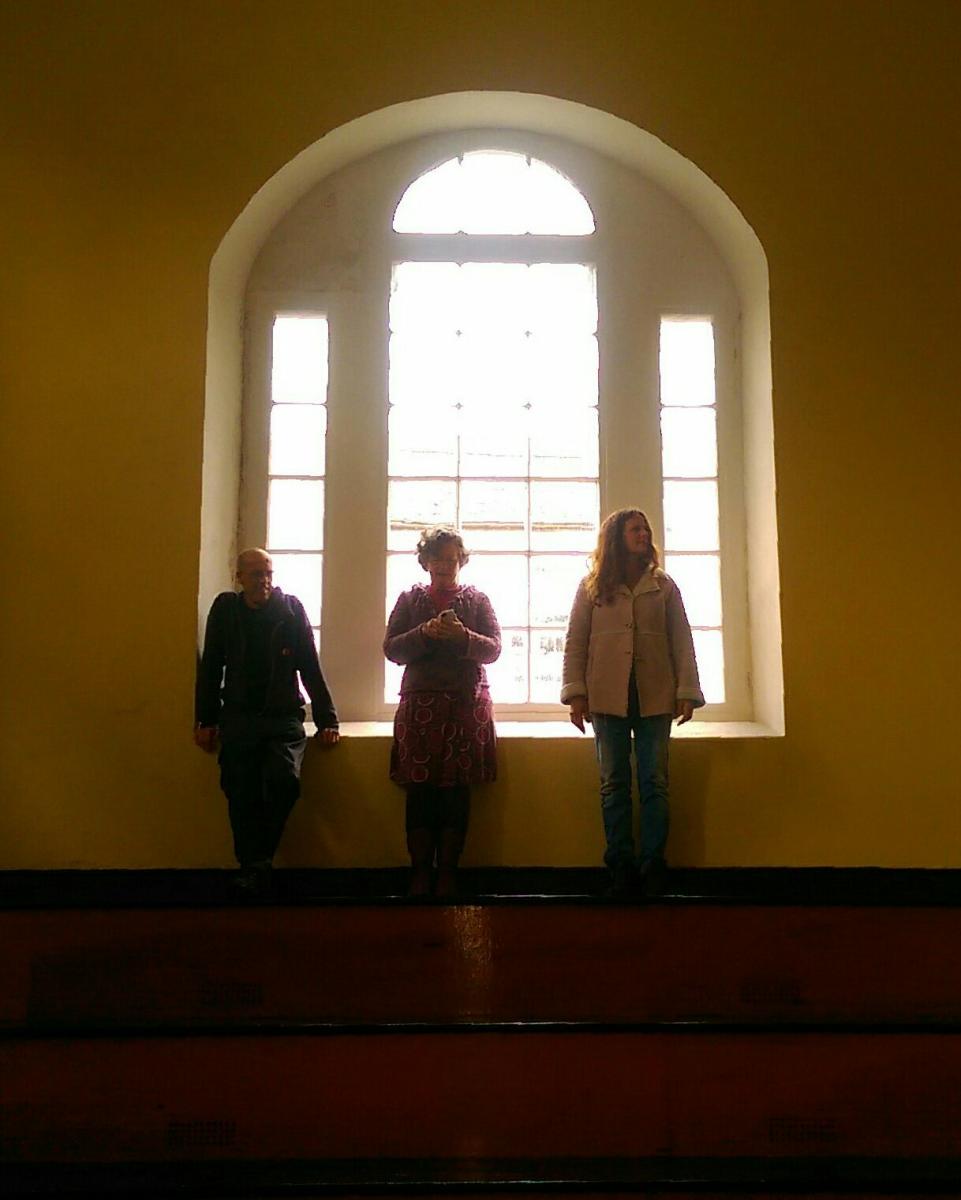 Reddy took this photo while we were in Skibbereen Courthouse – looks like we are in a church. As well as going through material related to Context and Audience in the pack, Mary Jordan came in to talk about Tania Bruguera the artist that she had selected to contribute to the Urban Explorer archive of favourite artists. It was a very apt contribution given Brugueras interest in social justice and previous tangles with the law. We enjoyed exploring the space and spent time some in discussion afterwards. Apparently the motto of Skibbereen is something like Everything You Seek Is Here but when I went looking on the Internet the only thing I could find was a reference to The Donkey Aters explained by Jim O’Keefe when he was a TD “The people of Skibbereen are known as the “donkey eaters” because in the last century the town of Skibbereen suffered more than any other part of the country from the Famine. It is still a folk memory there”. Interesting as a lot of our discussion had revolved around current refugee & housing crisis and the resonance with the 3,000 people sleeping on the streets of Skibbereen during the famine. Also discussed the arbitrariness of justice and the need for a school for judges – Judge Academy – what would that be like? There are other creative groups in Skibbereen, in particular the inclusive dance group with whom 3 of us have worked – these links are important and hopefully can be addressed later. Lots of ideas spilling out .. lots of experience in the room .. feels really great to be there.